My first visit to Frank Lloyd Wright's Fallingwater was on a Sunday afternoon in June of 1979, with three friends. I had no idea that a house in the mountain forest would intrigue me as it did, leading to numerous visits, not only to photograph the house, but Bear Run, the stream that it is cantilevered over. My appreciation of architecture as functional art grew to where I have not only been able to photograph Fallingwater, but to also do work for architectural firms like Perkins Eastman and others.

My initial hiring at Fallingwater was to photograph a Diego Rivera pastel for the Victoria and Albert Museum in the UK. That was followed by assignments to photograph other art work. My first opportunity to photograph Fallingwater was to supply a few shots for a book being written about Frank Lloyd Wright. That lead to an arrangement for photographing the house for other needs, and our present agreement. I have been very fortunate to have had my photographs of Fallingwater published in numerous books, magazines, calendars and other uses around the world.

Fallingwater is not the only Frank Lloyd Wright house here in the Laurel Highlands. A mountain house was commissioned by I.N. Hagan, the owner of the Hagan Ice Cream Company, in 1954. Mr. Hagan enjoyed his privacy and the house was a well kept secret until the present owners, Peter and Hayat Palumbo, opened it as a musuem and called it Kentuck Knob after the mountain that it sits atop. I was referred by Lynda Waggoner, the present director of Fallingwater, to Kentuck Knob and I have been the official photographer there since December 1993. It has been a blessing to photograph these two houses by America's premier architect Frank Lloyd Wright.

Due to our licensing agreement any interest in the use of the Fallingwater shots for publication, or any other commercial uses, should be handled through the Western Pennsylvania Conservancy.

The pictures, as art, can be handled by me. Pictures are available as original fine art photographs or fine art giclees. Contact me through my contact page for sizes and prices A poster of Fallingwater and Kentuck Knob are also available in my posters and prints page. 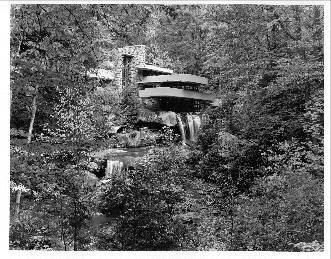 Fallingwater, View of the Lower Terrace 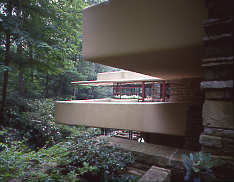 Fallingwater, View of the Guest House 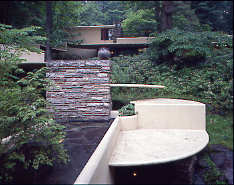 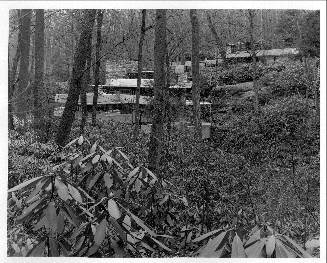 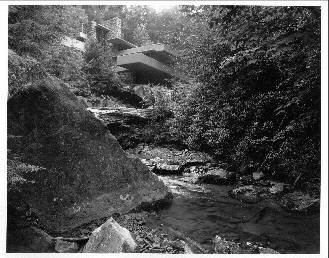 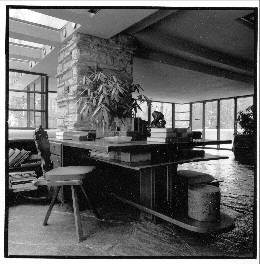 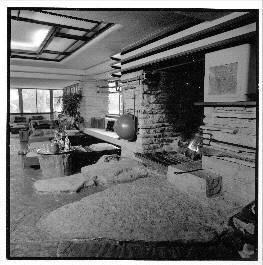 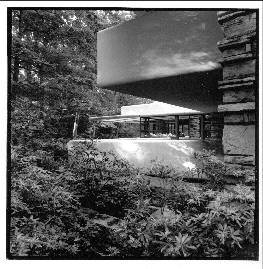 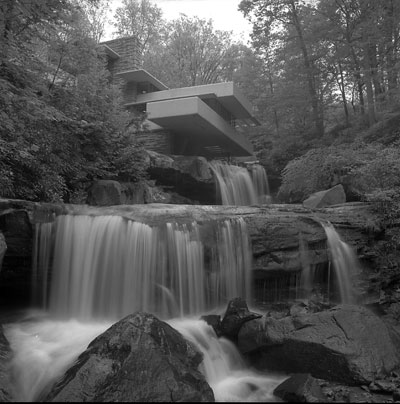 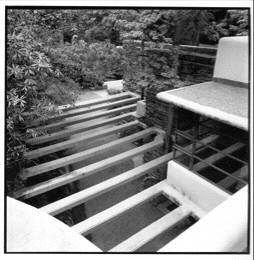